On one of our recent trips we had the opportunity to spend a good number of hours in transit in Brussels. Neither the Mister nor I had been there before so instead of doing the boring wait-at-the-airport-and-read-a-magazine thing, we decided to dump our luggage in the lockers and head out to the city to check out the sights. We had also heard from friends that we could do it all in a day, so we, being the itchy-toes that we are, had no reason to do anything but!

First look at Brussels from above the clouds

First off, there are a few things to know about the airport & getting to the city: 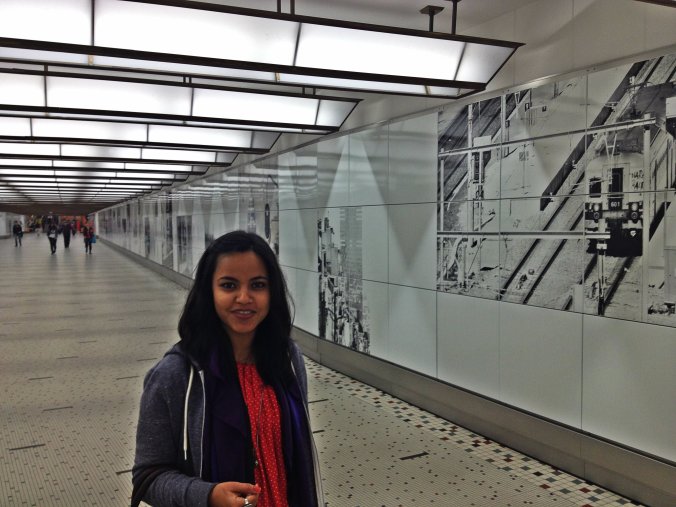 Stop#1 – Atomium & Mini Europe: The Atomium is a very cool building that resembles an atom structure. The globes that represent the ‘atoms’ are actually rooms that house exhibitions and a restaurant at the top. The ‘bonds’ on the other hand are escalators that connect the several rooms. It’s quite a cool building and photographs very vividly against the sky due to the comparatively shorter buildings in the surrounding areas. We did not spend time inside the Atomium though.

The Mini-Europe is a collection of several eminent European buildings and heritage sites, built on a reduced scale of 1: 25. The miniature models are set in manicured gardens with little water-works. It is definitely a fun place for children, but as adults, we were quite happy to be there, too. You can see the Tower of Pisa, the Big Ben, the Eiffel Tower, the Berlin Wall, Copenhagen’s Nyhavn waterfront, and our very own Stockholm City Hall, to name a few recreations. The guide book included in the ticket price provides interesting trivia about the models on display. 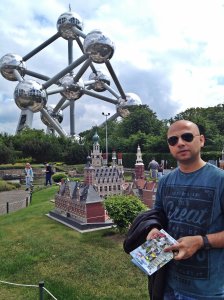 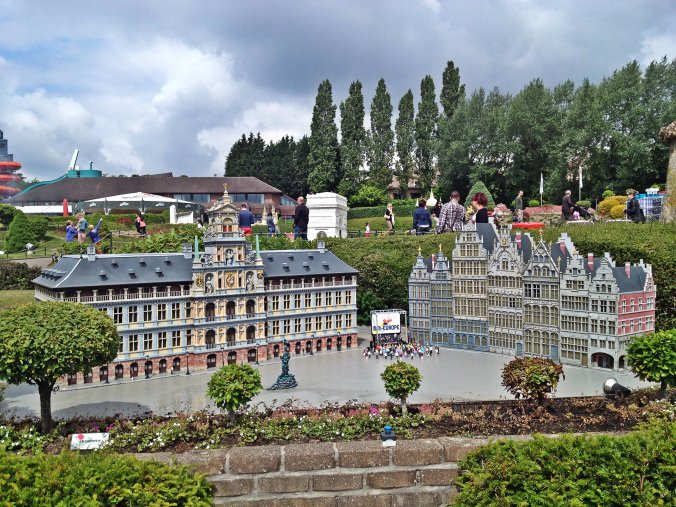 Stop#2 – Grand Place or Central Square: This is the old town part of the city and a UNESCO World Heritage Site. Several beautiful & interesting old buildings stand facing on the inside and spread out in a way so as to create the Central Square in the middle, with seven different strets leading into the square. Every two years in August, this Grand Place is covered in a carpet of begonia flowers. I am sure that must be a lovely sight, as proven by these amazing online photos. Very remarkable in architecture are the Hotel de Ville (City Hall) and the Maison du Roi (City Museum). It is the most visited tourist place in Brussels as was obvious from the sight of click-happy people around, and yes, I was surely one of the most ‘clicky’ kind among them. And don’t forget to get some waffles while you are in Belgium 😉 I know, I know, the Belgian waffle isn’t Belgian at all, but hey, who says no to a good waffle anywhere in the world, duh! 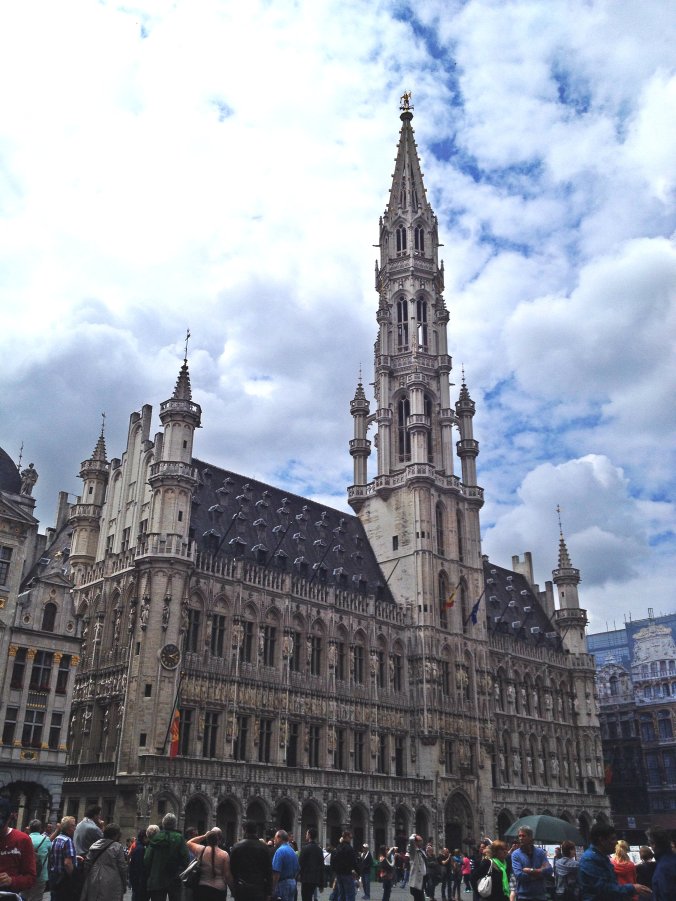 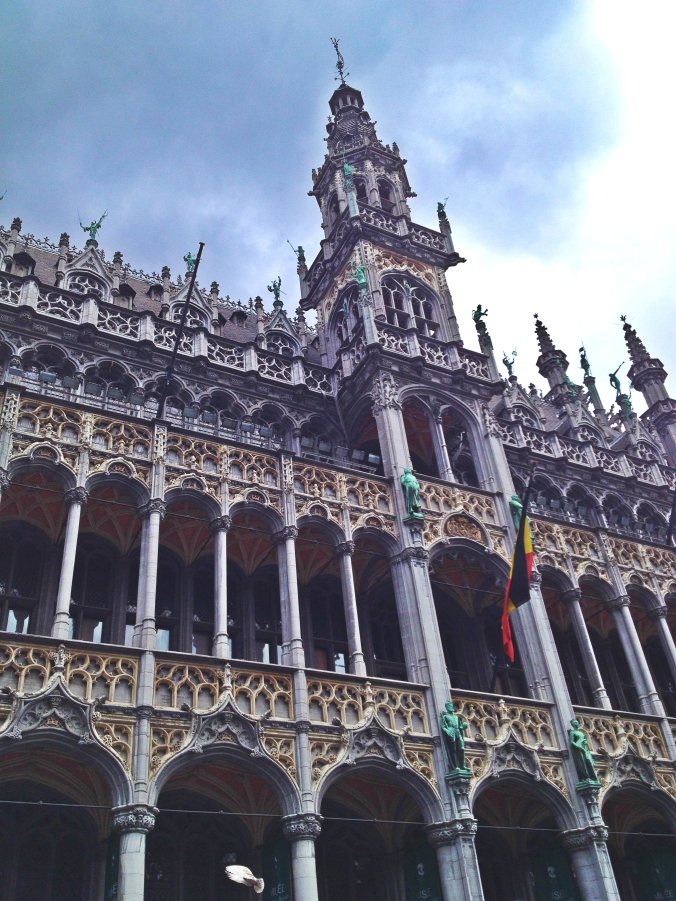 Stop#3 – Manneken-Pis: Like the Little Mermaid of Copenhagen, I found this a bit of a let-down honestly. It is simply impossible to get a decent picture of this little peeing boy without getting a stranger’s arm or head in the way. The bronze sculpture is just about two feet tall and is placed at the corner of two lanes. It is said to have been stolen many times. Given to its popularity, the Manneken-Pis is dressed up in curious costumes from time to time. On the day of our visit he was a Musketeer, no less!

Stop#4 – Parc du Cinquantenaire or Jubelpark: Next stop was this serene spot of greenery. We had started the day really early and by this time we were both so exhausted with all the walking since morning. So we crashed on the grass for a while and got our energies back on track. A triumphal arch set in the middle of a U-shaped complex of building is the centerpiece of the park. 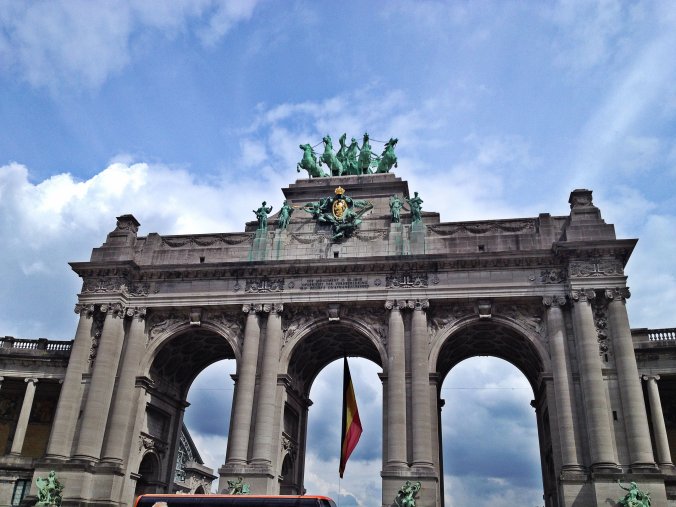 Stop#5 – Parlamentarium: Last stop was at the Parlementarium, ot the visitors’ center at the European Parliament. The building looks very impressive. It’s a pity we could not take a tour of the inside, though. And then we sprinted to get the train back to the airport to get back in time for our next flight. All in a day’s work! 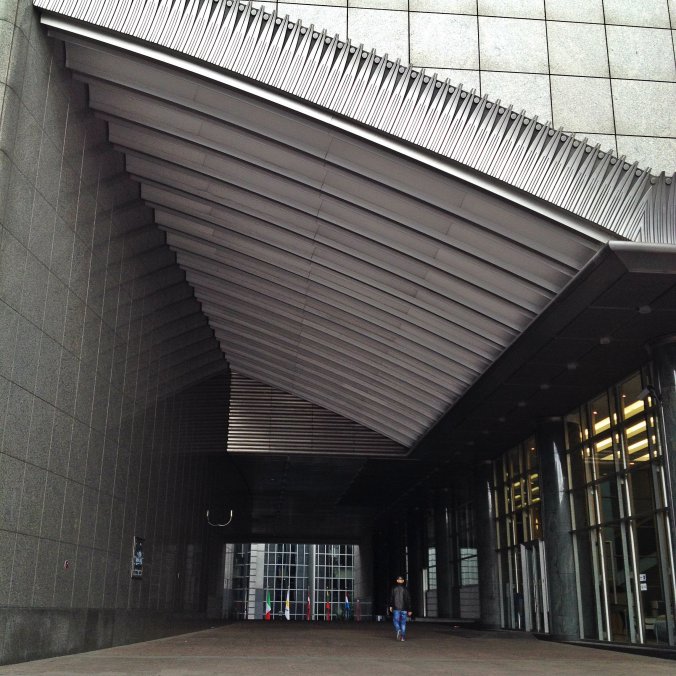 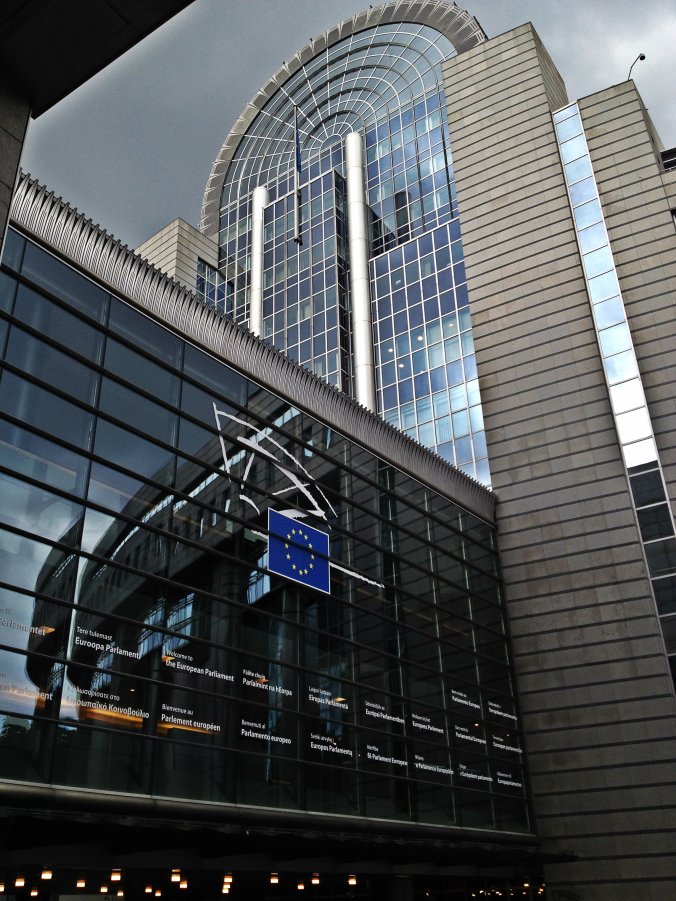 Have you ever done a city-in-a-day trip? Leave a comment with the link to your post, I’d love to hear all about it! 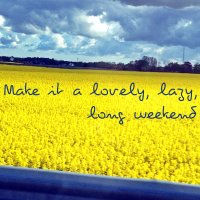