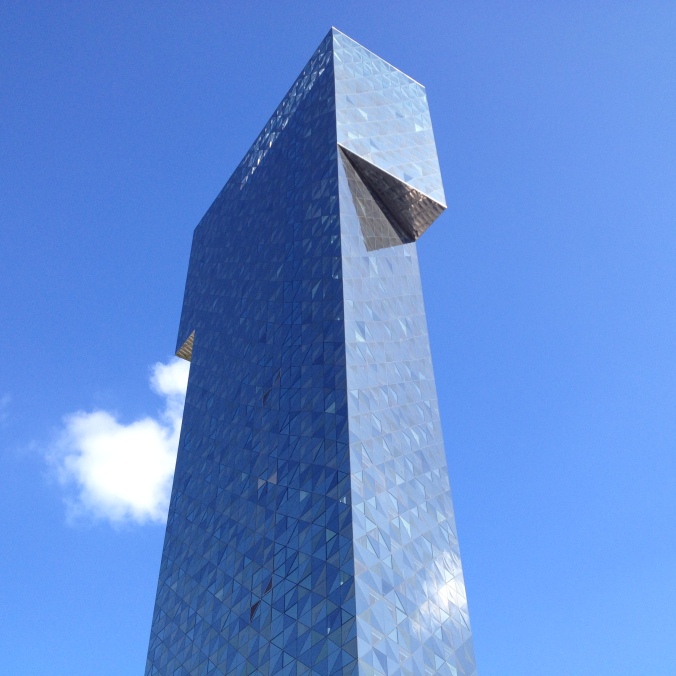 The Scandic Victoria Tower is a skyscraper hotel in the Kista district of Stockholm, Sweden resembles the letter ‘T’. Skyscrapers being so rare in Stockholm, it is visible from quite a distance from the approaching highways & the mosaic glass facade makes it a gorgeous sight, both in the day and at night. At a height of 117m, this hotel is the tallest building in Stockholm, as well as the tallest hotel in Scandinavia. It is named for Crown Princess Victoria, the heir apparent to the Swedish throne.

Check out what other bloggers are responding to ‘Angular‘, this week’s prompt for the Photo Challenge at the Daily Post. Take a look at my previous contributions & leave me a nice message, I’d love to know what you think!

A couple of years ago some of our friends gave Mr.A a special birthday gift, but what’s more, it turned out to be a bonus gift for me as well. Tickets to a chopper ride for two over the city of Stockholm, no less! Having already accomplished a sky dive the previous year, we both knew very well that neither of us had an insane fear of heights and were very excited about this adventure. We waited nearly a year to fix the perfect day to make it happen. On any given flight, I always make it a point to look out and take in the city from above. It’s just one of those things I enjoy. Since a helicopter does not fly as high as an airplane, the sights become so much clearer and way more vivid.

Join me on an aerial tour of Stockholm…

The chopper was a fine black bird. Since the motors bellowed & thundered, we had to communicate through the headphone-and-mike things hanging from the chopper ceiling. It felt so cool, I tell ya! 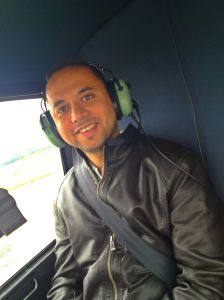 I got the lucky front seat next to the pilot!!

The chopper took off from the Bromma airstrip & the first landmark to catch our attention was the Solvalla horse racing track. 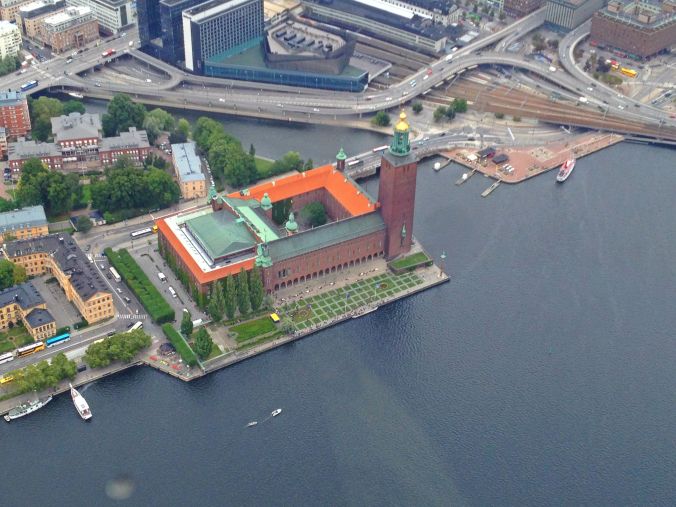 Riddarholmen island & the distinct black spires of the Riddarholmskyrkan

Picture perfect Gamla Stan, with a closer look at the Tyska Kyrkan or the German Church. 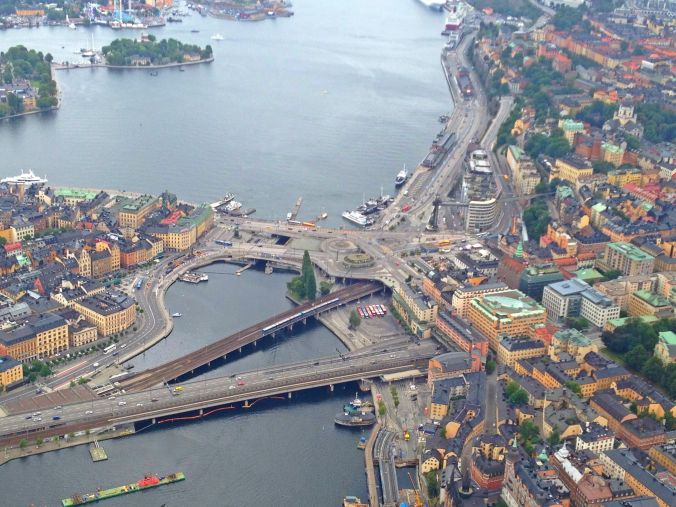 Gröna Lund, the exciting amusement park on the island of Djurgården

Kaknästornet, the TV tower, which for a long time remained the tallest building in Stockholm.

The cruise terminal for the Tallink & Silja Line fleets.

Friends Arena, the shiny new stadium with a  retractable roof, which houses football matches and concerts, both very popular in Swedish culture.

What’s more, we spotted our apartment as a big bonus! It’s in one of the green buildings towards the lower right of the picture. Yes, you are most welcome to visit!

An adventure, a joy ride in every sense of the words 😀 So much fun! Hope you enjoyed the tour as much as we did.