When Mr.A & I visited Berlin, we wanted to see the Berlin Wall up close. I researched a bit on the internet and found the best suggestion on traveldudes.org. They talk about three spots where the Wall is best preserved. We went to each of them and at each spot one may experience a different feeling.

I shared some pictures from this site in a previous post about exploring Berlin. Topography of Terror is a museum that documents the reign of Hitler through the years and how Germany, and the world at large, was affected by the Nazi era. In fact, the museum stands at approximately the same spot where the Gestapo once had their headquarters. A section of the Berlin Wall still stands before it, a grim reminder of the past. The studies and photos are very detailed and quite an eye-opener even for a well-read traveler. One might come off a bit overwhelmed by this visit.

On a separate note, if you want to rent one of the lockers, make sure you have a €1 coin, the cafeteria will probably not help you out. The closest metro station would be Potsdamer Platz. 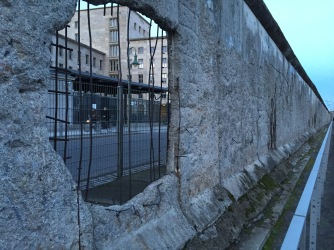 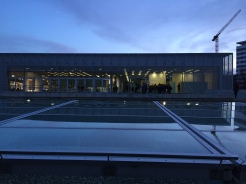 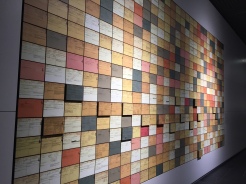 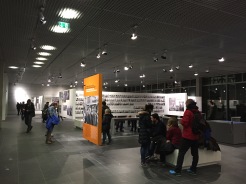 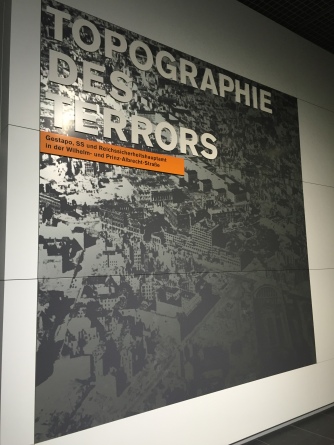 This memorial has a kilometer and a half stretch of the Wall. The events that took place here are documented through pictures and artefacts at the Documentation Center. There are a couple of floors, so allow yourself some time. A watch tower at the Center provides a wider view of the Wall and what used to be two sides of divided Germany. To reach this site, take the metro to Nordbahnhof. Incidentally, Nordbahnhof used to be one of the ghost stations on the Eastern side that were blocked away during the Cold War. The station also has images and stories of how these ghost stations came to be. Mr.A and I felt quite moved with our experience here. It is hard to imagine what it must have been for the people loving here not so far back in the past. 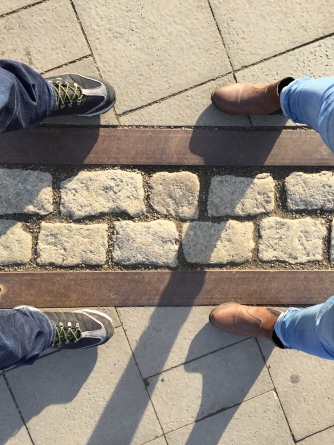 The East Side Gallery is often called the longest open air gallery in the world. Here, remains of the Berlin Wall stretch for over a kilometer along the Spree river. Once a symbol of separation, it is now covered with artists’ impressions advocating freedom for everybody. Some paintings have deteriorated over time due to vandalism and erosion, but some work is being done to preserve it, including fences to protect certain parts. To reach the Gallery, one could either hop off at the metro station Ostbahnhof and walk along the wall to the next metro, Warschauer Straße, or vice versa. Walking along the water is also very pleasant. I quite liked this one, given my love for murals, graffiti & street art. 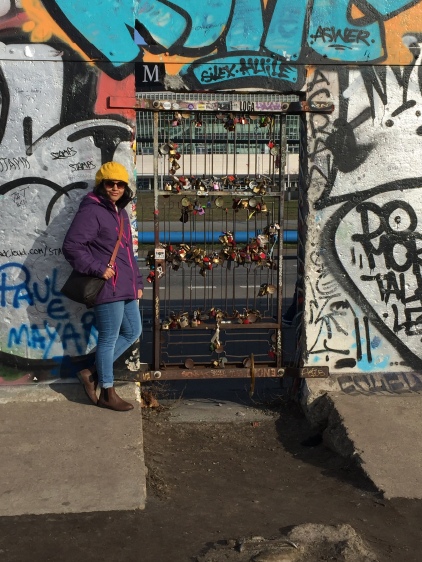 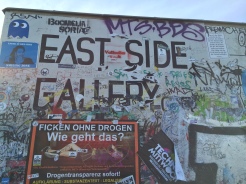 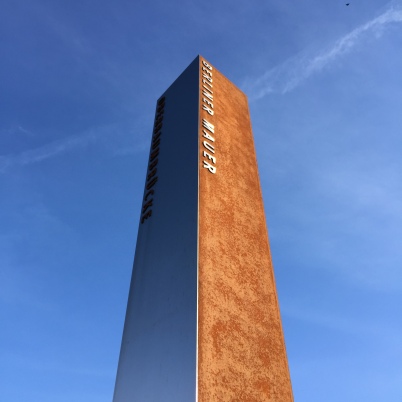 There are, of course, several other places where you may see bits of the wall remaining, but they would be smaller in scale as compared to the spots mentioned above. Have you visited Berlin? Did you make it to any of these memorials? What did you think? I’d love to know!

8 thoughts on “Berlin & remains of the Wall” 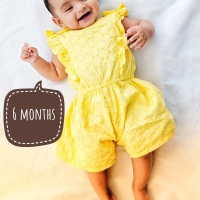